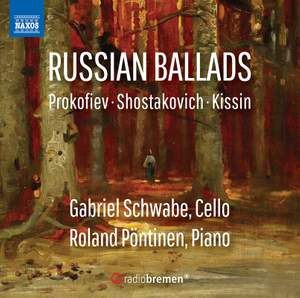 Prokofiev: Ballade for Cello and Piano in C minor, Op. 15

The 20th century saw an abundance of notable Russian cellists inspiring an extensive repertoire by Soviet composers. In the cello sonatas by Shostakovich and Prokofiev, both composers explore the rich and emotive timbre of the instrument with expressive subtleties and bittersweet emotions, alongside their typical touches of wit and irony. Internationally acclaimed pianist Evgeny Kissin has recently returned to composing, and his Cello Sonata is akin to a ballad in its restraint and introspection.