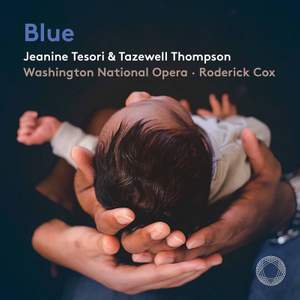 [Tesori’s score] moves from lush warmth to splintered dissonance in a heartbeat, straddling art and vernacular styles with subtlety and verve…The cast’s performances are both moving and cogent... — BBC Music Magazine, July 2022, 4 out of 5 stars (Performance) / 5 out of 5 stars (Recording) More…

I Was in the Heyday of Being in Love

You Married a Cop?

What About Your Obsession?

I'm Gonna Strap My Baby on My Back

You Havin' a What?

Forgive Our Sistah. She Knows Not What She Do

Birth That Baby Boy to Term

We Wish On Ev'rything You Can Wish On

Scrape the Wax Off Your Wings

How You Doin', Baby?

Cup Your Hand Under His Head and Neck

Halftime! We're All Yours, Buddy

How Do You Feel?

Welcome to the Daddy Club!

How Did You Produce a Son?

I've Got a Baby Boy

You Not Getting Off That Easy

Yes, Sir! Got My Own Private Warden

No! New York Is the Richest City in the World

What Am I Supposed to Do? Stay Alive

You Alive, Ain't You?

I Am Out There in the Jungle

What Is Your Name, My Son?

Ah! You Are the Father Whose Child Was Lost

Ah! Your Heart Is Broken, I Hear It Knocking Against Your Ribs

This Is My Badge

When My Boy Was Taken from Me

I Did Not Come Here Seeking Redemption

Only a White God

You Are Walking in a Terrible Darkness, My Son

In My Hour of Need I Seek No Salvation from You

Come Away from the Window

She Sits in This Matchbox Disguised as a House

She Was Lying in Her Bed. In Her Own Home. In Her Bed

Look at Her. She Wears the Captive Shroud of Stony Death

Let Us Go Forth

Oh God! Bring My Baby Back

God, Give Me Back Any Part of My Baby

My Heart...My Heart Is Heavy Tonight

A Mother, Clear Out of Her Mind

God, We Ask You, Take Care of This Boy

We Sing...Christ Wore the Crown of Thorns

Cup Your Hand Under His Head and Neck

I Don't Know What the Hell You Talkin' About

Set Aside Your Sides, Eat Some Set-Asides I Set Aside for My Boys

You My Son. I Got Deep Fried, Red-Eyed, Drip-Dried

Heavenly Father, We Humbly Thank You

Washington National Opera presents Blue, a contemporary opera on racial injustice in the US today, with a libretto by Tazewell Thompson set to music by Jeanine Tesori. Blue tells the tragic story of an African-American police officer whose son is killed by a fellow officer during a protest. Strongly resonating with the Black Lives Matter movement, the piece is equally groundbreaking thanks to its intimate and layered portrayal of African-American family life on the operatic stage. Historically and musically, Blue compassionately tells a story that is at once painful and identifiable to so many of us. The Music Critics Association of America named Blue the “Best New Opera” of 2020, while the Financial Times praised it as “an exceptionally strong new opera about race in America”, and hailed Tesori’s music as “eclectic, but assuredly so, full of beauty and eloquence.” The piece is sung by an excellent cast of vocalists, including Kenneth Kellogg as The Father, Briana Hunter as The Mother, and Aaron Crouch as The Son, while The Washington National Opera Orchestra is led by rising star conductor Roderick Cox.

Jeanine Tesori is one of the most important American composers of today, with a diverse catalog for musical theatre, opera, film, and television. Tazewell Thompson is an internationally acclaimed director, playwright, teacher, and actor. Washington National Opera is among the leading US opera houses, and has the mission to present stories that reflect the America of today.

[Tesori’s score] moves from lush warmth to splintered dissonance in a heartbeat, straddling art and vernacular styles with subtlety and verve…The cast’s performances are both moving and cogent in their refusal to accept the toxicity thrust upon them.

Blue succeeds in articulating the complex nature of race and identity in American society in a manner that is direct and immediate, and whose impact may only be fully understood in years to come. 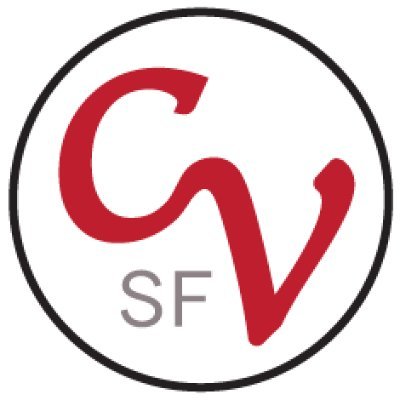 … embodies the essence of great opera: It unites a deeply moving story with music that stirs the passions and touches the heart. […] A stunning achievement that deserves a permanent place in the repertory.