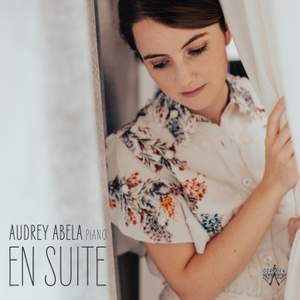 Audrey Abela is a truly exceptional pianist who specialises in the repertoire of her native France. 'En Suite' is Audrey Abela's beautifully poised, nuanced tribute to the French suite, from its origins in the Baroque masterpieces of Couperin and Rameau, to the sensitive 20th-century tributes of Debussy and Ravel.

French pianist Audrey Abela now lives in New York, but with this album she seeks to celebrate her origins and in particular her affinity with the French pianists of the golden age, such as Alfred Cortot and Marguerite Long, who said that "French piano playing is lucid, precise, and slender. Even though it may often prioritise grace over strength, it always keeps a rightful sense of balance and proportion, and it does not give in to any other playing style in terms of power, profundity, and inner emotion." These are Abela's guiding principles in her stunning interpretations on this album.

The programme aims to encapsulate French art in all its elegance and refinement. Every work presented is characterised by transparent, clear, articulated, pearly textures. While the Ravel and Debussy suites combine the nostalgia and exotic colours of the 20th century, the Couperin and Rameau pieces are full of 18th-century wit and vivacity.

We hear three characterful pieces from Couperin's Ordres, as well as Rameau's rhythmical 'Les Sauvages' and his Italianate, satirical 'Les Niais de Sologne'. Debussy's 'Suite Bergamasque' is irresistibly beautiful, especially the famous 'Clair de lune', and Ravel's quietly moving 'Tombeau de Couperin' paid tribute not only to Couperin, but to his fallen friends killed in the First World War. The rich 'Toccata' was composed by Ravel in memory of Captain Joseph de Marliave, musicologist and late husband of Marguerite Long, who gave the first performances of 'Le Tombeau de Couperin' in 1919, bringing the inspiration behind this album full circle.