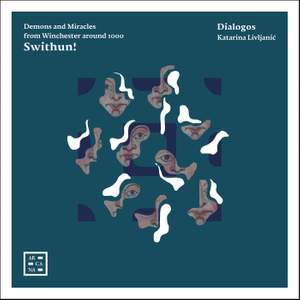 anon.: In pace in idipsum

Open the door onto one of the best-kept secrets of medieval music... It is the music from the Winchester Troper, one of the earliest, and most stunning sources of medieval polyphonic music, written in the first decades of the eleventh century, more than two centuries before the manuscripts of Notre-Dame polyphony. Without the existence of this repertory, our vision of music history would have been entirely different, and much poorer. Ensemble Dialogos offers a musical creation, placing the polyphonic music of tenth- and eleventh-century Winchester in a dialogue with virtuosic improvisations, while telling the story of a man haunted by visionary and terrifying dreams, as he tries to escape from three raging naked Furies, and finally finds salvation through Saint Swithun, a medieval Anglo-Saxon Superman. As you prepare to discover an unknown musical repertory from medieval England, you will be drawn into a stunning story about demons, dreams and miraculous healing, wondering whether the music you are listening to is archaic or incredibly modern.