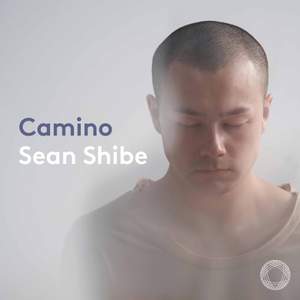 No. 10a, Canço. Larghetto molto cantabile [Version for Guitar]

No. 10b, Dansa. Amabile [Version for Guitar]

No. 6a, Canço. Cantabile espressivo [Arr. for Guitar]

The guitarist brings hypnotic, introspective beauty to a programme which explores connections between France and Spain via works by de Falla, Mompou, Ravel, Poulenc and Satie.

The Scottish guitarist talks to Katherine about today's Recording of the Week, which he describes as 'a profound spiritual journey'.

Camino is guitarist Sean Shibe’s first PENTATONE album, an introspective programme exploring French-Spanish musical borders, a pilgrimage leading from Ravel’s Pavane pour une Infante défunte, Satie’s Gymnopédie No.1 and Gnossiennes 1 and 3, Poulenc’s Sarabande, De Falla’s Miller’s Dance and Homaje, pour le Tombeau de Debussy and José’s Pavana triste all the way to Mompou’s Cançons i dansas 6 and 10, as well as his Suite compostelana. Shibe has deliberately granted Mompou a central role on this album, as his music demonstrates that melancholy, aimlessness and a whole host of other feelings are not things to be avoided or fixed or solved, but experiences to be felt deeply: not with sad nostalgia, but with genuine wonder and excitement at what this means for the future. In that respect, Camino also documents Shibe’s personal quest to overcome the challenges of a time dominated by Covid-19, and to ultimately see the world anew.

Multi-award-winning guitarist Sean Shibe brings a fresh and innovative approach to the traditional classical guitar, while also exploring contemporary music and repertoire for electric guitar. Camino is the first fruit of an exclusive collaboration with PENTATONE.

Released physically on standard CD. (Please note that the three Satie tracks are not available digitally).

Vivid, beguiling and intensely intimate, [Mompou's] Suite compostelana offers both blueprint and guide for the musical-emotional pilgrimage signalled by the album title...In Shibe’s hands it exudes a powerfully restorative combination of wisdom and childlike wonder that extends throughout the album in waves of colour, through singing lines and crisp, evocative rhythms.

Shibe subverts expectations from the off: another artist might be tempted to despatch the de Falla's arresting opening chord with splashy flamboyance, yet in Shibe’s hands it takes on an austere, arid beauty which immediately announces that this musical journey through Spain is going to be more akin to a pilgrimage than a package-tour...this is yet another indispensable album from one of today’s most thoughtful and original young artists – I warrant you’ll revisit it time and again, discovering new riches on every hearing.

One of the most compelling and touching recitals for the instrument I can recall.

What’s really striking is the way in which Shibe sustains a world of intensity and introspection through playing that buzzes with vitality. The attention to detail in his playing is breathtaking; nothing interrupts the flow of the music, and nothing is done purely for effect.

Though its programme is centred on Spanish repertoire, with sidesteps to nearby France, the mood is much less picturesque and more introspective than most Spanish excursions suggest…All this perfectly suits Shibe’s great gift for painting notes in what seems a thousand colours, with multiple dynamic shadings en route.