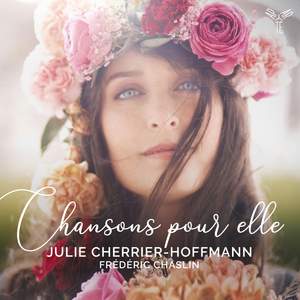 Composers have often drawn inspiration on the female form, as can be seen in the French mélodie repertoire.

Chansons pour elle (Songs for her) highlights the many facets of this female form covering more than a century of French songs: from Reynaldo Hahn to the present, the album includes some of the best-knowns pieces (Nuit d’étoiles, Les Chemins de l’amour) and two creations by Frédéric Chaslin.