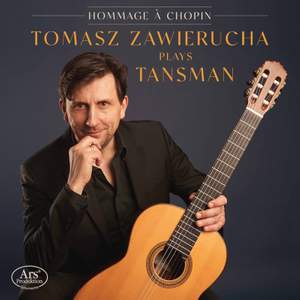 Tansman: Variations on a Theme of Scriabin

Alexandre Tansman (1897-1986) was one of the most important Polish composers of the 20th century.

He enjoyed an excellent reputation not only as such, but also as a conductor and pianist.

The guitar works recorded here represent an important facet of his compositional output. Most of them were commissioned by Andres Segovia, whose daughter gave Tomasz Zawierucha access to the original manuscripts, which allowed him to use the original version of some of the works for this recording, without later editorial changes.