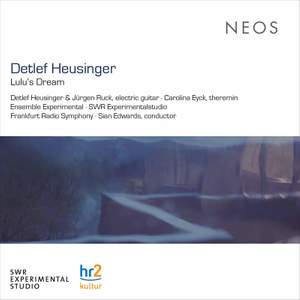 With the guitar concerto "2nd Anniversary of Zabriskie Point", however, Heusinger returned to his old love of the instrument. Admittedly, he came back to it with a totally changed perspective: he put the electric guitar in the historical context of electronic music and thus, in a manner of speaking, re-invented it as an instrument. As a solo instrument, the electric guitar conjures a modern version of the timeless "Lulu"; in the solo concerto it functions in what would seem to be a long-outdated genre; in chamber music it serves as a mediator for the whole history of electronic music from the theremin to today.