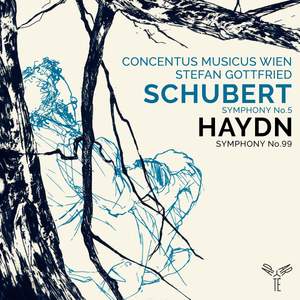 Nikolaus Harnoncourt, founder of the Concentus Musicus Wien and pioneer of the Early music movement, wanted to record the classical and romantic repertoire with the Concentus: unfortunately, he didn’t have enough time. Stefan Gottfried, who took his succession, pursues this ambition with a second recording released on the Aparté label, including Schubert’s Fifth Symphony and Haydn’s Symphony no.99.

Taken together, these works show the music mastery of young Franz Schubert, deeply rooted in Haydn and Mozart’s lyricism. Recorded live at the Vienna Musikverein, one of the world’s most beautiful concert halls, this album seeks to capture the inimitable sound and spirit of this orchestra, carrying on Harnoncourt’s legacy.