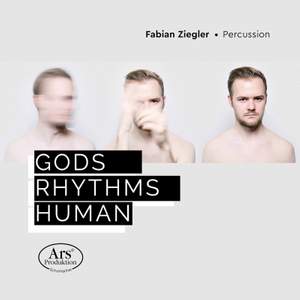 Psathas: One Study One Summary

This production not only offers an impressive overview of the musical and technical skills of drummer Fabian Ziegler, but also makes clear where the musical focus lies. This new recording contains works by Steve Reich, John Psathas and Iannis Xenakis and he is accompanied by Akvile Sileikaite and Benjamin Engelie on Piano, with Luca Staffelbach on vibraphone. The title of the album Gods, Rhythms, Human came about through the recorded works, in which thematic echoes of ancient and modern Greece come to life again and again.