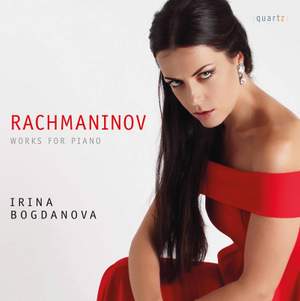 No. 3, Daisies (Version for Piano Solo)

No. 1 in B-Flat Minor, Andantino

No. 2 in E-Flat Minor, Allegro

No. 3 in B Minor, Andante cantabile

No. 5 in D-Flat Major, Adagio sustenuto

The piano remained at the heart of Rachmaninov’s life, both as composer and performer. Daisies (Margaritki) is the third of the Six Songs, Op. 38 of 1916 – the last group of songs written by Rachmaninov – and was later transcribed for piano by the composer in the early 1920s (the score is undated), Rachmaninov wrote his Polka de W R in March 1911. The initials in the title refer to the composer’s father, Wassily or Vassily Rachmaninov. Rachmaninov’s final original solo piano work was written in 1931: The Variations on a Theme of Corelli, Op. 42, dedicated to Kreisler. The theme is based on the famous ‘La Folia’ tune, an ancient and widespread melody used in numerous sets of variations; it was not composed by Corelli but was used by him in his Violin Sonata No. 12. The Six Moments Musicaux were composed as bread-winning music in 1896, their title inspired by Schubert’s Six Moments Musicaux of 1828.