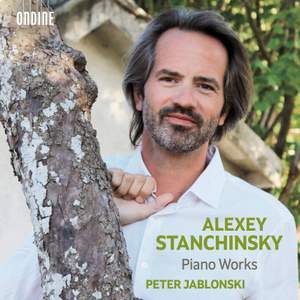 Stanchinsky: Variations in A Minor

Pianist Peter Jablonski's second album on Ondine features a large selection of piano works by Alexey Stanchinsky (18881914), one of the most talented Russian composers of the early 20th Century. Stanchinsky was not only a talent but a genuine innovator who despite of his early death had a profound influence on the generation of composers to follow. Peter Jablonski is the perfect interpreter to these magnificent gems.