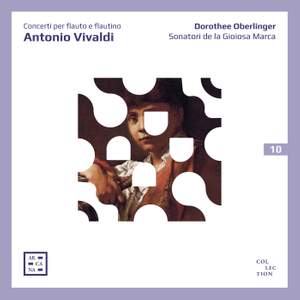 All the recorder concertos on this CD – chamber concertos or solo concertos – were written expressly for flauto or flautino and show the imagination, delicacy, freshness, virtuosity and sometimes even melancholy, which Vivaldi put into his writing for this instrument. We have intentionally chosen tuning at 440 Hz since, in Venice, in Vivaldi’s time, tuning was higher than in neighbouring musical centres such as Rome, for example, where, at times, one even played at 392 Hz. With this high tuning, the sound of the gentle gut strings becomes clearer and more brilliant.

– Dorothee Oberlinger, from the liner notes