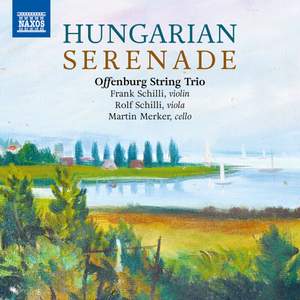 "In Hungary at the beginning of the 20th century, Béla Bartók and Zoltán Kodály were collecting and making analytical studies of Hungarian folk music, creating a new interest in the native music of their homeland. This album, featuring rarely heard works from the succeeding generation of Hungarian composers, presents a distinctive portrait of the Hungarian music scene from the interwar years to the 1950s, by composers who faced discrimination or paid the ultimate price for their Jewish heritage."