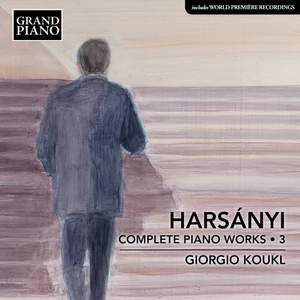 Tibor Harsányi, a student of Zoltán Kodály at the Budapest Conservatory, lived in France from 1923 where he became one of the leading expatriate composers to form the group known as LÉcole de Paris. As the 4 Morceaux show, his piano music is notable for its variety of character and genre. The Piano Sonata reveals his enthusiasm for dance rhythms and for joyful lyricism as well as quietly sombre elements, while the Burlesques flirt with jazz. The Piano Suite conjures up a vivid series of atmospheres in a work that is songlike, dissonant and ambient.