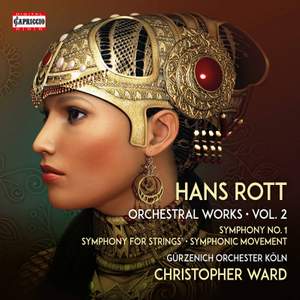 Rott: Symphony for Strings in A flat major

The 1989 premiere of Hans Rott's Symphony No. 1 in E major (it was written more than 100 years earlier) introduced the international music world to a composer who had remained unknown, or known by name only, even among experts. His colleagues and friends included the younger composers Gustav Mahler and Hugo Wolf. Besides Wagner, Bruckner was the most important model for Rott’s first symphonic work. Written when he was barely twenty years old, the work stands as his magnum opus, his only completed major work, a synthesis of what he had written to date, and a proclamation of what might have been yet to come.