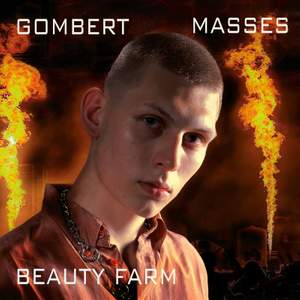 Masses by the mysterious Nicolas Gombert are among the rarities in the record catalogue. This is astonishing, since his polyphonic voice fabrics are among the best that the 16th century has to offer. Legendary in his lifetime, Nicolas' music is often undiscovered today. Thus, Beauty Farm is able to present two premiere recordings on this new CD: motet "Beati omnes" and Missa Philomena praevia in addition to the well-known Missa Media Vita. A student of Josquin des Prez, Gombert (c. 1495-1560) wrote in a style that represents the height of polyphonic complexity. Although he was extremely prolific, much of his music remains unexplored. Beauty Farm interprets the music, which has been re-edited especially for Fra Bernardo, with the usual fresh sound, which melts together from the free, individual design of the individual voices to an impressive whole. Described by the Washington Post as 'One of the newest and most exciting [early music ensembles] is Beauty Farm', they are a sextet of male singers from Germany and Belgium based in the cultural centre at the former Carthusian monastery of Mauerbach, Austria. The group, formed in 2014 by members of leading early-music vocal ensembles, is devoted to the rarefied repertory of Franco-Flemish polyphony of the Renaissance.