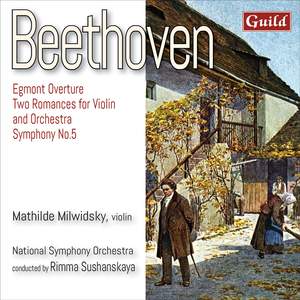 In the 250th anniversary year of his birth, this release gathers together four of Beethoven’s most distinctive scores: the powerful Egmont overture, composed in 1810 for Goethe’s historical drama, the two exquisite Romances for Violin and Orchestra, the first dating from 1803 and the second written earlier in 1798, and probably one of his most famous works, the Fifth Symphony from 1805. Here is Beethoven’s humanity, overcoming all odds, writ large for all with ears to hear, to resound as powerfully today as it did more than two centuries ago.