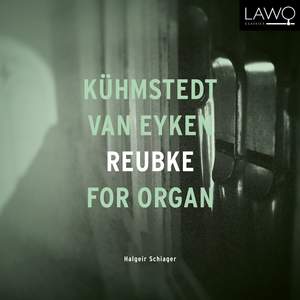 This is an elegant and convincing instrument, characterised by its variety of 8ftcolour and free reeds, strongly suggestive of a creative path to eclecticism via a specific 19th-century model,... — Choir & Organ, March 2021, 4 out of 5 stars More…

Music in the 1800s, as in earlier times, was influenced by the instruments for which it was written. As far as the organ is concerned, traditionally there was the influence of the piano, but also, to an ever increasing extent, the orchestra. Beginning in the mid-1700s, the Mannheim School's introduction of variable dynamics led to a paradigm shift, and the attitudes this represented were also evident in organ music. In his book of study for the organ from 179598, Justin Heinrich Knecht (17521817) described how one could achieve a crescendo on the organ from pianissimo to fortissimo, and he indicated the specific sequence of stops to be used. The norm, as documented in published organ music in the first decades of the nineteenth century, implied that the registration was not changed while playing, thus limiting one to terraced dynamics by the dynamics that the number of manuals permitted. This CD's intention is to present examples of developments characterising German organ music in the mid- 1800s. At the same time, the album features seldom performed organ compositions of Jan Albert van Eyken and Friedrich Kuhmstedt, interesting works of high quality that tell us something about German organ music of the day. All the works on this CD were written in the period 1854 1857. The instrument chosen is the new Eule organ in Sofienberg Church, which was inspired by German organ building in the nineteenth century and by Friedrich Ladegast in particular.

This is an elegant and convincing instrument, characterised by its variety of 8ftcolour and free reeds, strongly suggestive of a creative path to eclecticism via a specific 19th-century model, and triumphing despite the dry acoustics. Schiager plays splendidly throughout, even if the Reubke is, perhaps, a little ‘cool’.