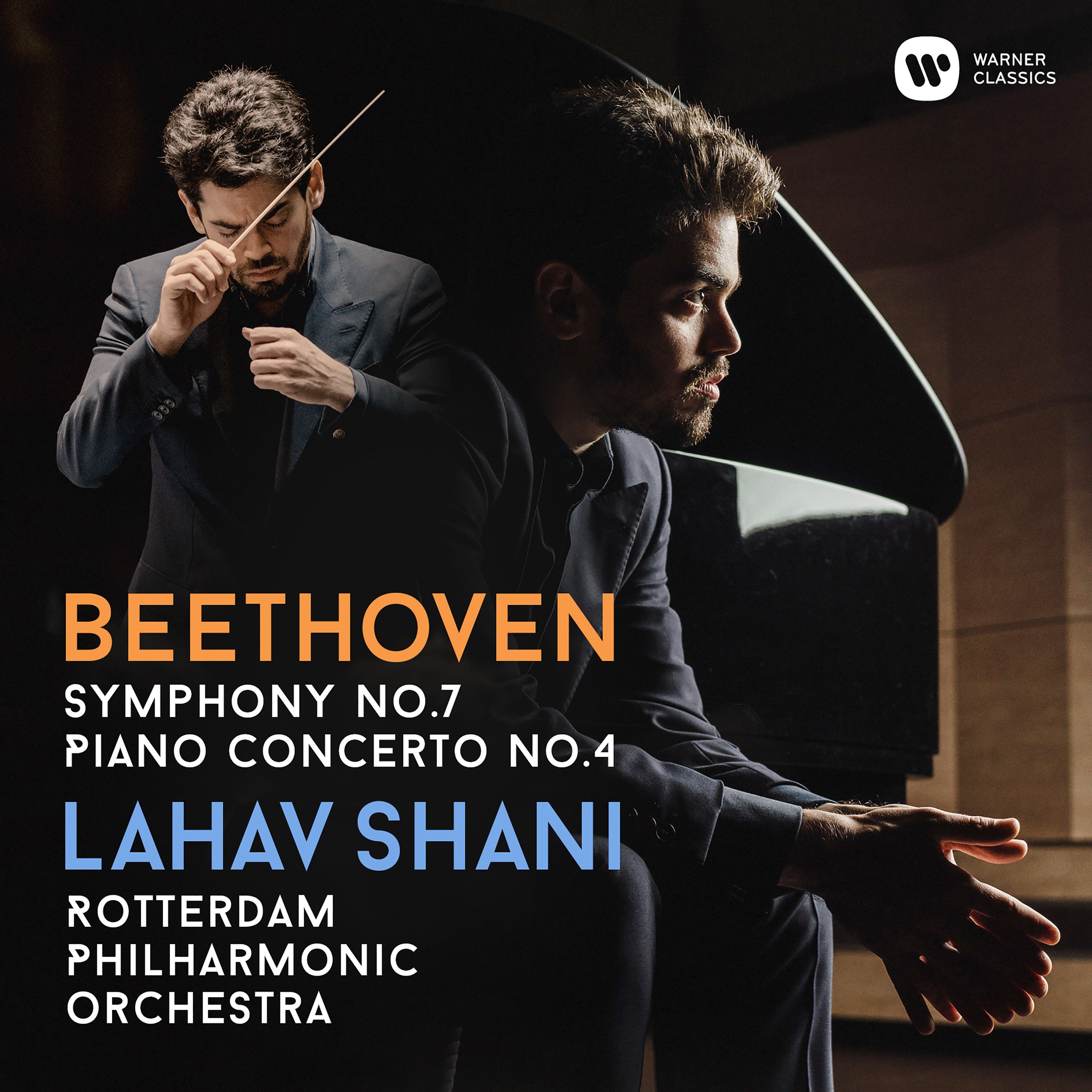 For his first album with Warner Classics, Lahav Shani conducts the Rotterdam Philharmonic Orchestra in Symphony No. 7 and plays Beethoven’s Piano Concerto No. 4: two pieces which come from Beethoven’s so-called “middle period”. The classical harmonic tension contributes to the drive of the music as much as the rhythmic propulsion. This music features a clarity of texture and, above all, a unity between the melodic motive and the accompaniment. Acclaimed for his “instant chemistry” with the orchestra, Lahav Shani is considered the shooting star amongst conductors – as Der Tagesspiegel puts it: “The young maestro is simply sensational”.