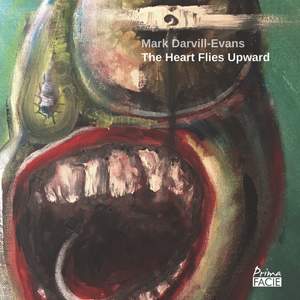 IV. Into the Sun

VI. Top of the World

VIb. The Dance of the Stones

VIII. Reunited with the Sun

The Heart Flies Upward is the second release by Classical Crossover composer Mark Darvill-Evans, a UK-based composer whose music fuses a variety of styles and blends aspects of classical and progressive rock with both rythmic and structural nuances to be found in contemporary jazz. The Heart Flies Upward features jazz trumpeter Steve Waterman and several talented younger musicians from the Royal Northern School who are part of the Prima Facie Ensemble. The album contains several individual tracks as well as a longer 'stream of consciousness' made from several tracks. Mark's previous works have won acclaim on Radio 3, a five star review in International Piano, used in soundtracks and won support from personalities as diverse as pianist Piers Lane and Nick Mason of Pink Floyd. His music is influenced by Chopin, Debussy, Glass Sakamoto and Satie.