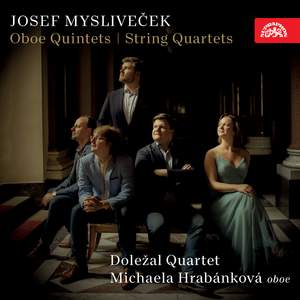 Myslivecek: Oboe Quintet No. 1 in B flat major

Myslivecek: String Quartet in A major

A prolific and gifted composer, Myslivecek wrote instrumental music, including 'Symphonies' and 'Chamber Pieces'. His first cycle of 'String Quartets' was published in Paris in 1768, the final one in Amsterdam, shortly after his death. These works were often performed in extended formations as symphonies. Myslivecek's 'Quartets' are characterised by wonderfully refined slow middle movements. Even more unique are his oboe quintets.