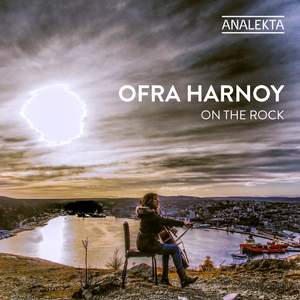 trad.: Donald Willie and His Dog

trad.: Mussels in the Corner

Now living in Newfoundland (Canada), cellist Ofra Harnoy has been inspired by the immensely rich musical heritage of the island, so much so that she chose to devote her new album, On the Rock, to the province’s familiar and wonderful repertoire. She has invited guests such as Fergus O’Byrne, Alan Doyle, Amanda Cash, Bob Hallett and Mike Herriott to join her on classics such as Mussels in the Corner, Let Me Fish Off Cape St. Mary’s, St. John’s Waltz and Cliffs of Baccalieu. With her cello at the forefront, the result is a magnificently vibrant and unprecedented musical celebration of Newfoundland. Ofra Harnoy has established herself as one of the greatest cellists on the world’s concert stage. She has won many awards and distinctions for her recordings, including 5 JUNO Awards.