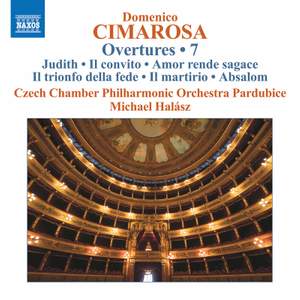 Domenico Cimarosa was a prolific composer of church and instrumental music, but his reputation rests principally on his operas. During the second half of the 18th century, and until the arrival of Rossini, he was the most successful and performed operatic composer in Europe, and one of the last exponents of the Neapolitan School. His bracing and vivacious overtures in this final volume include the hugely popular Il convito (The Banquet), a triumph in Venice and Florence, as well as some examples of his expressively moving overtures for oratorios.