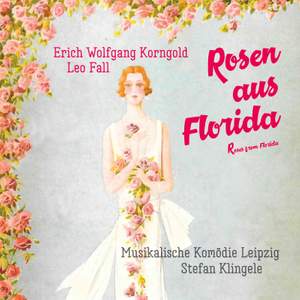 "With ""Roses from Florida"" Erich Wolfgang Korngold succeeded in 1929 his most successful operetta of all time. With music by Leo Fall, who had already died four years earlier, but is still considered one of the most successful composers of the Silver Operetta era, the ""Roses from Florida"" were an exception even then. Long gone by the political atrocities of the Third Reich disappeared in the 1950s, the last performance to date - before Stefan Klingele with the Musical Comedy Leipzig helped the work again to the performance."