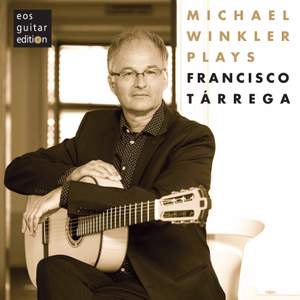 Tárrega: Preludio No. 2 in A Minor

Tárrega: Gran Vals in A Major

Francisco Tárrega 1852-1909, was a Spanish guitarist and composer. He is still considered the founder of modern guitar playing and the most prominent guitarist and teacher of his era.

""When I first heard Tárrega's music as a young man, I was immediately in love with the melodies, harmonies and elegance of his waltzes. I played the pieces at every opportunity until they became ""my"" pieces. Later I discovered polyphony and forgot about Tárrega's music, until finally in 2019 I dared to reinterpret it with a grasp of my eyes. I interpreted many things more slenderly and rhythmically tighter than at that time, thought phrasings larger, but also took more time. The beautiful spatial sound of the band supported my joy of playing, stimulated my creativity and fulfilled my wish to record the CD in a natural acoustic."