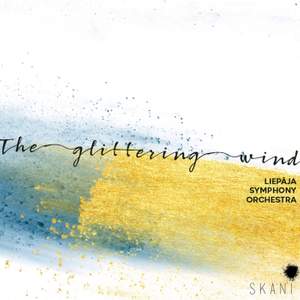 Gribinčika: The Waves of Cape Kolka

Einfelde: And a Tricolour Sun Shines on Everything…

Mence: Games of the Waves

Five female Latvian composers have woven tapestries from symphonic miniatures to celebrate the beauty of Latvia. These compositions were recorded in concert at the Great Amber Concert Hall in Liepaja on November 17, 2018, the evening before Latvia's centenary celebration and see their world premiere release in this album.

According to Uldis Lipskis, the author of the programme idea: "The concert was conceived as a gift of love and tribute to Mother Latvia. On her grand anniversary we wished to give our country new sounds  not so much to dwell in nostalgic remembrance but to take a sure step into the next century. Not to reflect on the existing, proven body of values but to look towards the cultural values of the future. By associating Latvia with the figure of a mother, it became apparent that precisely women  who are themselves mothers, daughters, sisters  could most intuitively and most genuinely express our attachment to our land and sing the praises of its beauty. What is more, it is these same keepers of the hearths who have through the centuries and millennia passed on to us the spirit of our people and the heritage in which we take such pride.

This album also includes the Liepaja Concerto No. 7 for piano and orchestra by Santa Ratniece  the only opus to date written by a woman for the extensive Liepaja Concerto Cycle, which the Liepaja Symphony Orchestra initiated and has over the course of several years performed and recorded with the goal of encouraging Latvian composers to create new, inspiring masterpieces of symphonic music for future generations. The invitation of Ratniece to compose a concerto for Liepaja was suggested by pianist Vestards Simkus, who also premiered the work. It is, then, with the live recording of this premiere that the album in your hands begins."