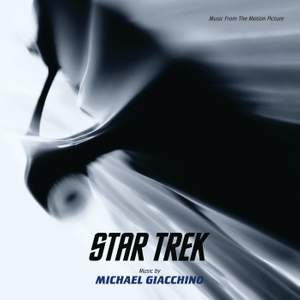 Giacchino: Nice To Meld You

Giacchino: Does It Still McFly?

Giacchino: Back From Black

From producer/director J.J. Abrams (Lost, Mission: Impossible: III, and Fringe) comes a new vision of the greatest space adventure of all time, Star Trek, featuring a young, new crew venturing boldly where no one has gone before. Starring Chris Pine as Kirk, Zachary Quinto as Spock, Simon Pegg as Scotty, with Eric Bana, Winona Ryder and Leonard Nimoy.

Composer Michael Giacchino, who has served as J.J. Abrams' musical lieutenant on all his projects, follows the extraordinarily rich musical legacy of Alexander Courage and Jerry Goldsmith as he boards the Enterprise for her maiden voyage.