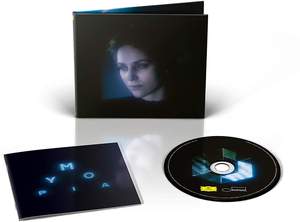 Since the release of her debut album 'Philharmonics' is 2010, Agnes Obel has been one of the most independent and original artists in contemporary music. 'Myopia' is her fourth studio release. Following the same principles as with her previous albums, which she completed as a one-woman project in her own Berlin home studio, Obel has been under self-imposed creative isolation with the removal of all outside influences and distraction in the writing, recording and mixing process.