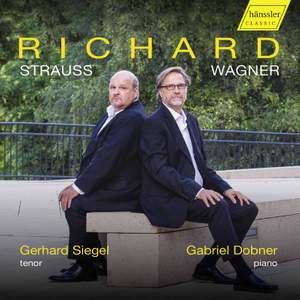 Two of the greatest practitioners of High Romantic art song were, not surprisingly, also exceptional opera composers: Richard Wagner (1813-1883) and Richard Strauss (1864-1949). While the former cultivated all-encompassing music dramas to the near exclusion of everything else, the latter worked successfully in genres ranging from chamber music to grand symphonies. German lieder attained a relative highpoint in the work of Franz Schubert, whose 600+ individual songs and organic song cycles deserve pride of place. However, that achievement must not overshadow the later evolution of the genre in generations from Mendelssohn to Schoenberg. Great lieder are distinguished by psychological commentary provided by purely musical means, whereby details of range, harmony and chromaticism, and the role of the accompaniment provide deeper reflection on (often) quite superficial love poetry. Such opportunities for richer exploration increased in the late 19th century as poets—along with philosophers and psychologists—probed deeper into the human psyche.