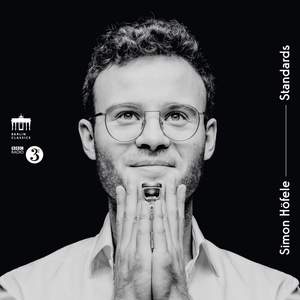 Forget the dictionary definition of ‘standard’ on the cover: these are ‘standards’ in the jazz sense – pieces that form the central core of a repertoire…Overall, this disc is an impressive calling-card... — BBC Music Magazine, April 2020, 3 out of 5 stars More…

The album’s programme ranges through works from Joseph Haydn via Johann Nepomuk Hummel and Aaron Copland to Alexander Arutyunyan. It spans 150 years, from 1800 to 1950 and covers three continents. Each of the works shines a light on a different facet of the trumpet: brilliant flourishes in the Hummel and Haydn, long, string like lines and the most finely nuanced levels of volume in the Copland, and light-as-a-feather through to powerful virtuosity in the Arutyunyan. All of the works have been recorded countless times before, and yet Simon Höfele brings an entirely individual new aspect to each of them. “But if I believe that some people might like my recordings and get pleasure out of them, then that is good enough for me.” His interpretation will sound like no other “not for the sake of making it sound different,” he says, “but because I simply feel the music differently.” Accompanying him for the Hummel and Haydn is the BBC Scottish Symphony Orchestra of Glasgow under the baton of Duncan Ward, and in the Copland and Arutyunyan the BBC National Orchestra of Wales, Cardiff.

He began playing the trumpet when he was seven, in a family full of woodwind musicians: his father a bassoonist, his mother playing the piccolo flute, one uncle an oboist and the other a clarinettist. A little toy trumpet hanging on the wall was the key to his ambition: “I blew into it and just knew I wanted to play the trumpet.” Since then much time has elapsed, yet in the scale of things maybe not so much time; at just 25 years of age, Simon Höfele is one of a young generation of musicians whose hallmark is one of experimenting and pushing the seemingly fixed boundaries of established genres. He has a weakness for analogue photography, is involved in encouraging new young musicians, and enjoys playing jazz as much as classical music. From 2017 to 2019 he was New Generation Artist with BBC Radio 3. Accompanied by two BBC orchestras, he is releasing an album which may serve as a memento of that period in time. At the same time, it is interesting that an artist who made a name for himself recently playing contemporary music by the likes of Matthias Pintscher, Olga Neuwirth and Toshio Hosokawa, as well as performing Miles Davis’s “Sketches of Spain”, has now turned to the classic repertoire for his instrument. “I simply wanted to do it because these works are as close to my heart as all the others,” Höfele explains. “I never thought ‘Oh no, not Haydn again.’ What’s going on inside me in these recordings is the pure and simple love of music.”

Forget the dictionary definition of ‘standard’ on the cover: these are ‘standards’ in the jazz sense – pieces that form the central core of a repertoire…Overall, this disc is an impressive calling-card for a player still only in his mid-20s, even if it doesn’t quite set, in the usual sense, standards.