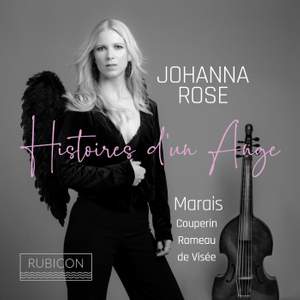 Johanna Rose’s debut album of CPE Bach Viola da Gamba sonatas was met with critical acclaim, with Gramophone magazine calling it “a very lovely thing” and going on to say, “Her tone itself is glorious too: rich and dark, with an exceptionally attractive grainy edge to it.”

For her second album she turns her attention to probably the greatest composer for the instrument, Marin Marais, and programmes his music alongside works by two great contemporaries, Rameau, Couperin and the lesser known de Visée.

This is a beautiful album that will appeal to da gamba fans as well as lovers of baroque music in general.