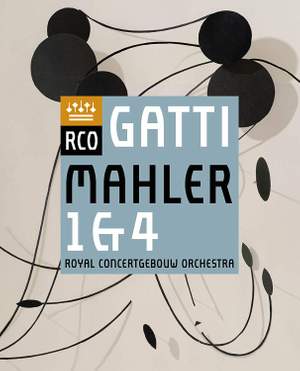 Daniele Gatti and the RCO are presenting unconventional and thought-provoking approaches to Mahler’s First and Fourth Symphonies. At the premiere of the First in 1889, the audience was ill-prepared for Mahler’s bold orchestration, but the symphony gradually gained in popularity. The Concertgebouw Orchestra, conducted by the composer himself, gave the Dutch premiere in 1903. Mahler was absolutely delighted, exclaiming, ‘The musical culture in this country is stupendous! The way the people can just listen!’ On 23 October 1904, Gustav Mahler conducted the Concertgebouw Orchestra again in his Fourth Symphony. The work was given twice during the concert, once before and once after the break!

"In Gatti’s compelling narrative the music got a timeless dimension" - Joost Galema on the First Symphony, NRC