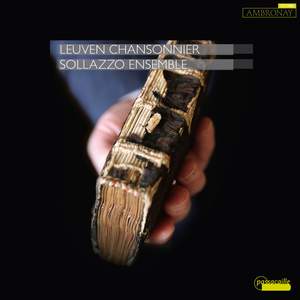 works, found in no other source!

The Ensemble Sollazzo brings a selection of this music to life in the present recording in the most refreshing and brilliant interpretation. The Sollazzo Ensemble was founded in 2014 in Basel and brings together musicians with a strong interest in late medieval and early renaissance repertoires.

The ensemble is directed by fiddle player Anna Danilevskaia and benefits from the different musical backgrounds of its members: while some of them come from Early Music families, others have found their calling via modern classical music, theatre or even musical.