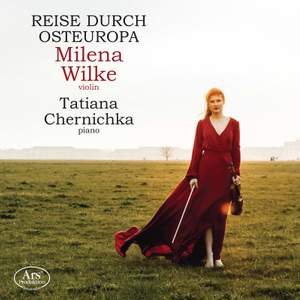 Milena Wilke was born in Freiburg in Breisgau in 1996. She won first place in the “Ton und Erklaung” competition (“Kulturkreis der deutschen Wirtschaft”) 2016 in Berlin and won several other prices in competitions on both national and international level. In 2017 she was awarded a scholarship by the “Studienstiftung des deutschen Volkes und des Richard-Wagner-Verbands Konstanz” and was additionally welcomed in the organization “Yehudi Menuhin, Live Music Now”. Together with Tatiana Chernichka she recorded several works vor violin and piano and she also wrote two pieces herself.