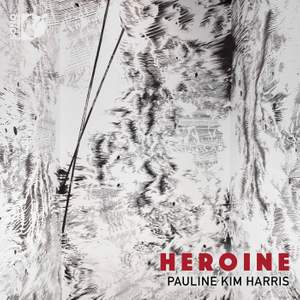 A winning collaboration between two artists at the cutting edge of genre crossing. — MusicWeb International, November 2019

“In reimagining the Bach Chaconne and Ockeghem’s Deo Gratias, I searched for meaning and connection to the greater, mysterious universe. My collaborator Spencer Topel, and I created an expansive sonic experience. It is as close to stopping time as I can imagine.” (Pauline Kim Harris) Ambient Chaconne is an immersive exploration of the J. S. Bach Partita No. 2 in D Minor: IV. Chaconne (BWV 1004). Unfolding over 42 minutes Ambient Chaconne blends live and pre-recorded violin with electronics. Using both human and machine transcription, the Chaconne serves as the structural underpinning to the work, appearing often as small disassociated fragments, and at other times in extremes: consisting of extended passages of sounded or silent materials. As with renditions of the Chaconne by past composers such as Brahms and Busoni, Ambient Chaconne extends the notion of transcription metaphysical, framing the Chaconne both as a musical composition and as a collective-subconscious memory. Deo is an acoustic-electronic transcription of Johannes Ockeghem’s stunning Deo Gratias devised as a complement to Ambient Chaconne. Notable as a 36-part canon, Ockeghem Ockeghem evokes singing of angels in heaven via an innovation on a traditional canon, using this ancient musical device as a kind of acoustic feedback delay. In essence, our Deo expands this idea of delays to a canon of thousands, in an ever expanding and infinite soundscape, where the melodies eventually dissolve into resonance.

A winning collaboration between two artists at the cutting edge of genre crossing.