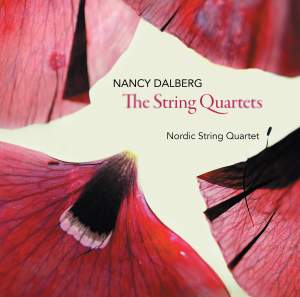 Nancy Dalberg (1881-1949) completed three string quartets, and they hold a place of their own among her compositions. No. 1 in D minor was the very first instrumental work that she presented at a public concert (1915). No. 2 in G minor, op. 14 (1922), was the first work that was published and played outside Denmark, while No. 3, op. 20 (1927), which is dedicated to her teacher, Carl Nielsen, was not published during her lifetime. The present release of the three quartets features two world premiere recordings. Nancy Dalberg is considered one of the first female composers in Denmark, and she was the first woman in Denmark to compose a symphony. This release sheds new light on one of the world’s finest female composers, who due to her lifetime never got the acknowledgement she deserved.