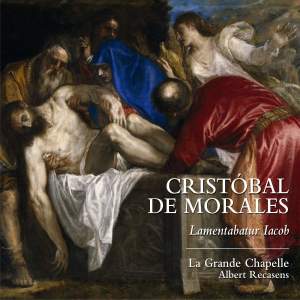 Cristóbal de Morales’ fame and influence were enormous in his own time. More than 70 prints before 1600 included some of his compositions. The works of the musician from Seville were not merely an essential part of the repertoires of the most important churches and cathedrals of Spain and America until the end of the Modern Age, but they also enjoyed extraordinary prestige among theoreticians and historians. He only worked for short periods in posts in Spain and his name remains associated with the decade he spent at the papal chapel of Pope Paul III, from 1535 to 1545. In Rome he carried out his responsibilities as cantor alongside colleagues the likes of Costanzo Festa, Jacques Arcadelt and Juan Escribano. Morales was especially interested in texts for Lent, which include the celebration of Ash Wednesday and the Septuagesima, Sexagesima and Quinquagesima Sundays. La Grande Chapelle takes full advantage of the extensive number of these motets on liturgical texts for the Lenten season to pay homage to one of the great composers of all time.