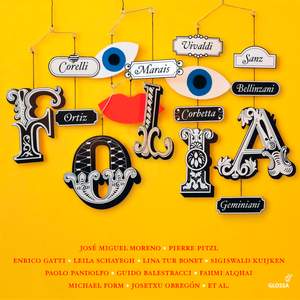 The ‘Folia’ was a popular dance born in the Iberian Peninsula in the 15th Century. The meaning of “folia” being “madness,” it is documented that in its early days it was a fast, ecstatic dance.

Both a harmonic structure and a melody (developed a bit later), the Folia evolved until, in the Baroque, it was formalized into a standard chord progression and melodic line, often developed in the form of variations.