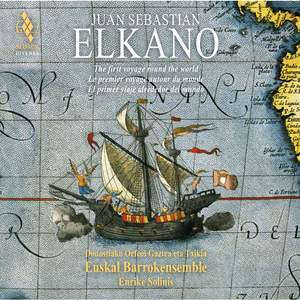 Alia Vox invite you on a new journey alongside the man who completed the first circumnavigation of the Earth between 1519 and 1521: Juan Sebastian Elkano, a Spanish explorer of Basque origin, took command of the expedition after Portuguese explorer Ferdinand Magellan’s death in the Philippines and returned to Andalusia with 17 other survivors of the 240 man expedition.

Enrike Solinis and his musicians portray the Basque tradition of the young Elkano before embarking for the Villancicos of the New World, the repertoires of Polynesia, the Mollucas and Islam at its peak.