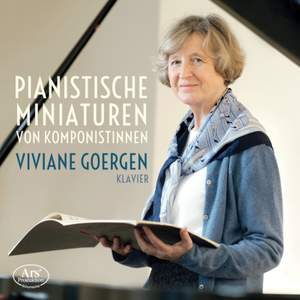 When female composers created their many piano miniatures in the 19th and early 20th centuries, it was not because they were unable to express themselves in larger forms.

Rather, it was one of the few genres to be granted to them by their male competitors. But they knew how to make a virtue out of necessity, as Viviane Goergen impressively shows here. This is an unusual compilation featuring works by Mel Bonis, Marguerite Roesgen-Champion, Marie Jaell and Stefania Zaranek.