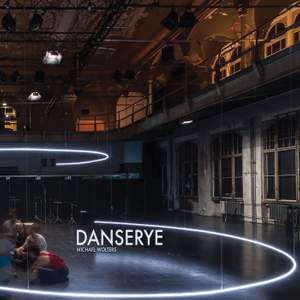 Michael Wolters creates ‘utterly beguiling’ (Tempo) and ‘oddly moving’ (Guardian) works that either deconstruct and question traditional concert situations or are designed for performance outside the concert hall altogether.

Danserye features music from his collaboration with German choreographer Sebastian Matthias. Their hugely successful production was based on Thielmann Susatoʼs collection of dances of the same name from 1550, and has been performed over 40 times in Switzerland, Belgium, Germany and the Netherlands. Wolters says: “Composing this music was about examining Susato’s collection of dances, applying processes to them and distilling – like in a chemistry lab – certain qualities about them.”

The unusual instrumental line-up was the result of a long thought-process, with the original plan being to write for two recorders and harpsichord. But instead this odd, outwardly mismatched ensemble, proved ideal for a composer who revels in the playful deconstruction of musical contexts. It features one genuinely old instrument (recorder), two newer versions of old instruments (guitar and violin/viola) and one instrument that historically doesn’t fit at all (clarinet). Sometimes the score is close to Susato’s original music (for example in Mille Regretz), sometimes far away (Quartet doesnʼt use any of the original material). The folk roots of the original pieces, written for ordinary people to dance to, are reflected in both the score and in the choice of musicians, all of whom are experienced in playing folk music.