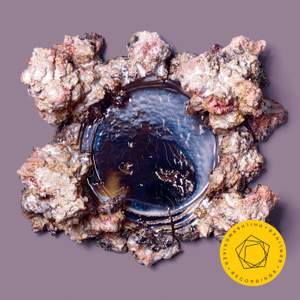 The sound is so stunningly present, so perfectly tailored, that I missed any sense of a single occasion. Details are amazing, for which I’m grateful, but sometimes they only add to a feeling... — BBC Music Magazine, September 2019, 3 out of 5 stars (Performance) / 5 out of 5 stars (Recording) More…

Recorded live in concert in 2017, the Berliner Philharmoniker's first album with their new Chief Conductor augurs very well indeed for their new partnership.

When Kirill Petrenko performed Tchaikovsky’s Sixth Symphony with the Berliner Philharmoniker in March 2017, one critic was “stunned at how beautiful and breathtakingly exciting this music can be”. This first audio release of the orchestra and its new chief conductor reflects the whole sonority and intensity of the interpretation – and offers a taste of an exciting new beginning.

The orchestra’s musicians, audiences and journalists had high expectations of the concert. After all, this was their first appearance together since the Berliner Philharmoniker had elected Kirill Petrenko as their chief conductor two years earlier. In the end there were loud cheers, and the press’s verdict: “A triumph”. In fact, all the qualities of this artistic partnership which had led the orchestra electing Kirill Petrenko came together here. While the rehearsals were still characterised by concentrated work on sound, colouring and phrasing, during the concert itself, musicianship took over, born entirely of the moment, full of commitment, energy and emotion.

With its both finely balanced yet uninhibited expressiveness, the interpretation perfectly meets the requirements of Tchaikovsky’s last symphony. In this work, the composer not only reveals the pain and drama of a troubled soul, but also his whole compositional art – with sophisticated inflections and formal concepts, including a waltz in a complex 5/4 beat.

The high-quality hardcover edition presents the recording on a CD/SACD which can be played on all CD and SACD players. It allows playback in either best CD sound or, when used as SACD, in high-resolution audio quality plus in surround sound. The extensive booklet includes an essay which, among other things, reflects Kirill Petrenko’s view of Tchaikovsky’s symphony and this recording.

The sound is so stunningly present, so perfectly tailored, that I missed any sense of a single occasion. Details are amazing, for which I’m grateful, but sometimes they only add to a feeling of technical precision…But I can imagine listeners who are bowled over by this perfection.

He shapes a brisk and exciting performance that also has its points of subtlety. His overall timing at 44 minutes is just a minute short of average, and there are no unusual or excessive tempo changes in an effort to put his stamp on things. It’s just plain old great music-making and I enjoyed every minute of it. I find nothing of significance to criticize in this performance and very much to like. The orchestra is in top form.

It seems churlish to complain of short measure when so much more of the symphony can be heard than on most rival versions. This is unapologetically German-sounding Tchaikovsky, albeit sung with a strong Russian accent. I came away from it not wrung out [...] but ever more humbled in the face of a masterpiece.

The first movement unfolds with an almost Classical restraint...Petrenko may have learned his craft in the opera-house, but no smell of greasepaint lingers in the atmosphere of this recording...It’s in the final few pages, though, that Petrenko’s understated sincerity is most overwhelming in its emotional impact.

Predictably staggering...His attention to the detail of the score — the sonorities of the Berlin strings, brilliant woodwinds and punching brass have rarely been as elementally revealed in this music — and his feel for the emotional twists and turns of the composer’s angst-ridden last months rank with the greatest committed to disc.