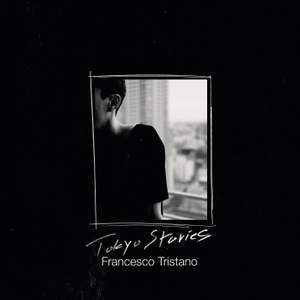 Critically acclaimed pianist and composer Francesco Tristano returns with his stunning new album inspired by his love of Japan and its capital city—Tokyo Stories. A graduate of the prestigious Juilliard School in New York, Francesco performs and composes music of varying genre’s, notably classical, electronic and dance. Tokyo Stories features a number of talented guest artists including French saxopho-nist/clarinettist Michel Portal, Japanese tabla player U-Zhaan, and Japanese DJs Keiichiro Shibuya and Hiroshi Watanabe. Francesco Tristano will be performing in London on 24/05/2019. Large Social Media Following - Facebook: 45k, Instagram: 10k, Twitter: 5k. “Tokyo Stories is my ode to the Nippon capital. After about 40 visits to the Neon Jungle it seemed natural to record my music there, and then most of the compositions originated while being in Tokyo, a city I came to love so much. Inspiration came from my local habits, rituals, and places visited. Japanese musi-cian friends joined me in the studio - incidentally, one of the most beautiful studios I have ever recorded in - and I also recorded the sounds of the city amply. These field recordings are the vademecum of the pro-ject and bits of it are found throughout the album. A city as enormous, heterogeneous and altogether un-thinkable as Tokyo called for rather brief pieces, each of them counting a story, or a precise memory in time.“ - Francesco Tristano.