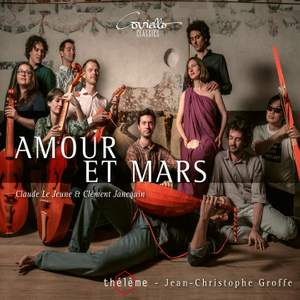 We know that in ancient times people played with the proximity of love and war - thus the goddess of love Venus deceives her husband Vulcanus with the god of war Mars, and the Roman poet Ovid writes in his Amores

the winged word: “Militat omnis amans” (Every lover is a soldier in war). These conditions were also reflected musically in modern times, when the masters of the 16th century emphasised sometimes more the warlike,

sometimes more the amorous playfulness of love in their works. In its latest CD for COVIELLO, the Ensemble th l me also unfolds a fascinating panorama of musical states of mind of past times.