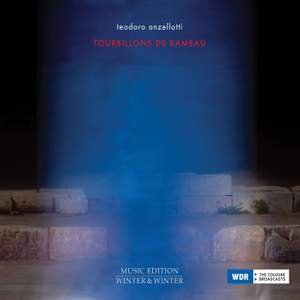 The accordion virtuoso Teodoro Anzellotti, a pioneering interpreter of contemporary music, meet one of the most extraordinary composers of the musical world of the 18th century, an era when the 'Roi Soleil’ („Sun King’) resided in France and high-ranking men wore grey curly wigs. Anzellotti dedicated himself to harpsichord pieces that he selected personally, and he inspired some of today's composers to deal with Rameau. And here the circle closes. Six contemporary accordion miniatures after Rameau were created in reflection with 21 works of Rameau's baroque art. Teodoro Anzellotti: ‘There are always surprises … I never have seen such music before, not even written by Scarlatti, such turns, such surprises … does anyone believe that compositions like that were possible 300 years ago … that someone had the courage to risk music which was ahead of its time … to write down things that didn't exist at that time, simply courageous … the forty years old Rameau was an avant-gardist in his time ... he was a revolutionary!’