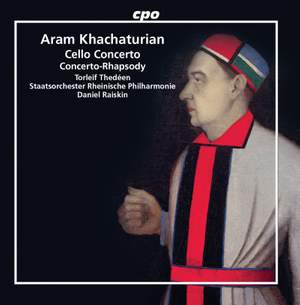 Aram Khachaturian was an established Soviet artist when he realized an old dream of his in the first postwar year 1946 and composed a grand, quasi-symphonic work for his main instrument. Following his spectacular concertos for piano and for violin, which in the meantime had taken the world by storm, he now surprised his public with music that only gradually reveals its fiery temperament: we hear very clearly how well the composer knew the violoncello, the instrument on which during his study years he had practiced until his fingers hurt, in all its special qualities and how precisely he knew how to bring out its expressive and velvety autumnal personality. Neither this concerto nor the Rhapsody composed by Khachaturian seventeen years later for Mstislav Rostropovich can be mastered with mere virtuoso ostentation. Both works demand the services of a soloist who does not misunderstand the unprecedented difficulties of his parts as an opportunity for self-display.

The player’s the real star in this... Thedéen is a 100-watt soloist.