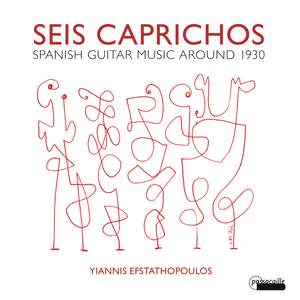 The works on this recording were coosen as much for their intrinsic musical value as for their links to the Generación del 27 (Generation of ’27), a literary movement which marked an inflection point in the history of modern art in Spain.

Importantly, this recording features some of the first solo pieces ever written by non-guitarist composers, but who were working in an atmosphere that could be best described as a guitar renaissance.