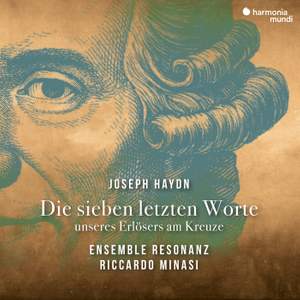 For several years now, under the direction of inspired conductor Maestro Riccardo Minasi, the ensemble has taken up the challenge of playing instruments with a ‘modern’ setup (violins, violas and basses with metal strings) with complete mastery of historically informed performance practice.

Forty years after what has been called ‘the Baroque revolution’, it’s a pleasure to rediscover these nine orchestral movements literally inhabited by the divine words of Christ on the cross - and displaying that rhetorical skill of which Joseph Haydn was a peerless exponent.