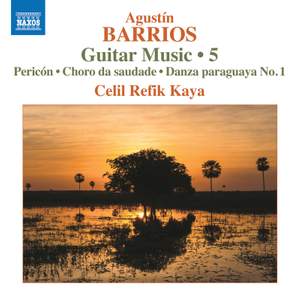 Agustín Barrios Mangoré’s first public appearance was as ’the Paganini of the guitar from the jungles of Paraguay’. This flamboyant image was soon retired, but his legacy as a composer has endured and flourished, as have the recordings he made as the first guitarist to take advantage of new technology from as early as 1910. Ranging from romantic enchantment to fearsome virtuosity via works with Bach-like restraint, this programme embraces Barrios Mangoré’s art from his earliest known piece, Abrí la puerta mi china, to the reconstruction of the substantial Diana Guaraní from a recording made in 1943.